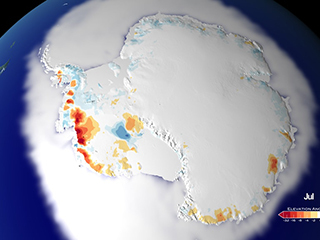 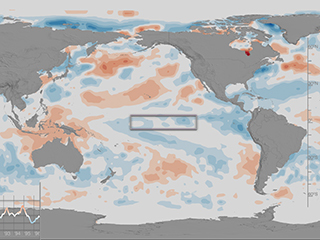 Over tens of thousands of years, glaciers grew to cover large parts of Earth’s northern and southern polar regions during the last ice age, then dwindled away as the Ice Age drew to a close. An animation by software engineers at NASA’s Jet Propulsion Laboratory allows you to watch the rise and fall of these glaciers in thousands of years per second. The animation is based on the latest computer modeling that captures the gradual rebounding of the land surface from the heavy weight of these now-vanished glaciers.