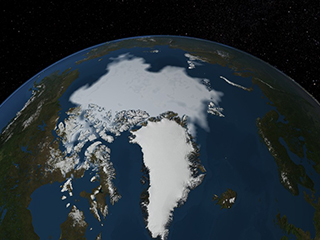 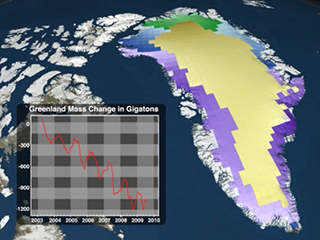 Sea Surface Height Anomalies (SSHA) are differences above and below normally observed sea surface heights. Large sustained above average areas (shown in orange and red) off the western coast of South America are an indicator of an El Niño event. In contrast, large sustained below average areas (shown in blue and violet) off the western South American coast are indicators of a La Niña event. This visualization shows the formation of an El Niño event towards the end of 2009 followed by a 2010 La Niña event.