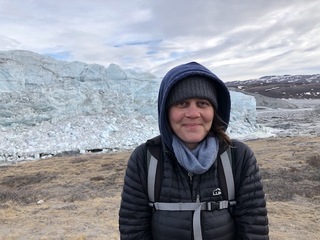 NASA’s Sea Level Change Team is working to make sea-level science more useful for developers, coastal planners and others preparing for changes in the coming decades.

One of the team members in that effort, Robert Kopp, specializes in helping to improve projections of future effects by careful examination of the past. Kopp, also a professor at Rutgers University, closely analyzes the imprint of sea-level changes on the geological record, as well as changes recorded by tide gauges around the world over the past 100 years. He works with other scientists on the sea-level team, using such data to refine computer models that project how sea-level changes could affect coastal communities.

Kopp is one of 15 lead authors of a key chapter in the latest report from the United Nations’ Intergovernmental Panel on Climate Change: the Sixth Assessment Report, or AR6.

What are some of the big questions that emerge as you work with stakeholders – coastal planners, builders and others – to provide data in a form they can use more effectively?

One big question is, how is the knowledge we’re capable of producing about sea level change able to plug into the way people actually make decisions? How do we make sure we’re not just producing information that has nowhere in particular to go?

One question I work on is, how do you use information about climate change and sea-level change to inform assessment of the human impacts of climate change, particularly the economic risks? One area I’m especially interested is how we can do integrated coastal science to look at physical hazards along the coast – sea level rise, coastal storms, erosion, etc. – together with human decision-making at a household, municipal and market level, in a manner that leads to better long-term decisions about climate adaptation.

I’m addressing these questions in a number of collaborations: with the NASA Sea Level Change Team, in another collaboration with NASA’s Goddard Institute for Space Studies, with the Climate Impact Lab – a collaboration among Rutgers, Berkley, Chicago and Rhodium Group that looks at the economic risks of climate change – and with the Megalopolitan Coastal Transformation Hub. This is a Rutgers-led, National Science Foundation-funded, 12-university consortium that’s focused on integrated coastal science to inform community planning.

Please talk a bit more about your work with the NASA Sea Level Change Team.

On the Sea Level Change Team, I’m leading work on usable sea-level projections – working to draw upon the great work happening throughout the team to inform stakeholders who need to know what is the current state of science on sea-level change. [NASA sea-level team member] Sophie Nowicki and I worked closely on the AR6 process.

We’re not trying as a team to put out another source of projections that we want stakeholders to use. That can be confusing to stakeholders. We’re trying instead to get the team’s work synced up with the National Climate Assessment, the IPCC, and state-level assessments that decision makers already turn to for information. We have to make sure what we are doing as a team works with processes stakeholders know to turn to.

How does the more traditional scientific work – conducting research, writing papers – intersect with these stakeholders, and with delivering products that can help them adapt to sea-level rise?

Scientific assessment has an incredibly important role in climate science. The IPCC, for example, has been around since the late 1980s. If you’re a decision-maker, you don’t generally want to make decisions based on whatever is the most recent high-profile paper. You want an assessment of the body of literature, framed in ways that are relevant to your decisions.

How to do that is a challenging question. Different stakeholders have different needs.

Some stakeholders – for example, infrastructure planners – might be worried about century timescales. On that timescale, they might have to worry about processes whose likelihoods are hard to assess. For them, we need to communicate about uncertainties in a way that doesn’t disregard low or unknown-likelihood processes but also doesn’t obscure those things we can say firmly. Other stakeholders – for example, developers – might prefer to look out only 30 years and ignore low-likelihood outcomes. Assessments have to figure out how to communicate science in a way that can support good risk management practices and inform deliberations by groups that may have diverse values and not agree on what’s important.

How do you characterize the threat to coastal communities from sea-level rise, when speaking to non-experts?

The oceans are rising, and will continue to rise over centuries and millennia, as a result of the way human emissions are changing the climate. But the actions we take now to reduce those greenhouse gas emissions will affect how quickly and how much.

Emissions reductions will not much affect sea-level rise over the next 30 years: 15-30 centimeters are basically baked in over the first half of this century. But beyond the middle of the century, there are increasingly large differences in how fast and how much sea level rises. It’s not a question of if there is going to be three feet of global sea-level rise, but it is a question of when. Under high-emission scenarios, 3 feet is quite likely to happen in the first half of the next century, and the ocean-ice-sheet processes on the frontier of scientific understanding might even lead to 3 feet of rise within this century.

By contrast, if the Paris Agreement’s emission reduction goals are met, 3 feet might not happen until the end of the 22nd century.

In the longer term, we may have already baked in close to six feet of sea-level rise, but we could buy ourselves a lot of time for adaptation by eliminating our carbon dioxide emissions. If we do that, we’ll have many centuries to respond and prepare for rising seas. It'll be pretty manageable. But without major emissions reductions, we’ll get much less time to respond.

The study shows that with higher sea level, fewer additional factors are needed to cause episodes of coastal flooding.

New Study Points the Way to Better Flooding Forecasts
A new study is among the first to use statistical data and modeling to determine the causes of sea-level rise on the Northeast U.S. coast.

Cause and Effect: Rising Seas in the Northeast
NASA Sea Level Change Team member Robert Kopp uses data on past sea-level rise to improve forecasts of what's to come – and to help coastal planners prepare.

Scientist Interview: Robert Kopp
The researchers shared their latest findings, and discussed how to make sea-level science more useful to planners and others preparing for changes on the U.S. coast.

Sharpening Forecasts for a Glacier at Risk
The Surface Water and Ocean Topography mission will explore how the ocean absorbs atmospheric heat and carbon, moderating global temperatures and climate change.