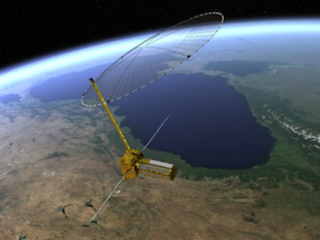 To study Earth’s shrinking ice sheets, researchers must gain expertise in two realms of science: observations of melting ice, and simulations, or computer models, of the melting’s future effects.

Perhaps among the most nimble explorers of both is Sophie Nowicki, a University at Buffalo professor and a member of NASA’s Sea Level Change Team. Dr. Nowicki conducts a broad range of research on the Greenland and Antarctic ice sheets, their interconnections with Earth’s climate system, and how they contribute to sea-level rise.

She most recently led an initiative known as ISMIP6, the Ice Sheet Model Intercomparison Project, and is continuing follow-up studies. This project also contributed data for sea-level projections in the latest report from the Intergovernmental Panel on Climate Change, the Sixth Assessment Report or “AR6.” Nowicki was, in fact, a contributing author to a vital chapter in the AR6 report.

As for the state of the field, Nowicki says the global community of sea-level scientists is entering a new era, with increasingly fine-grained modeling combined with solid, decades-long sets of observations extended farther by the day.

Where are we in sea-level science?

It’s a golden age. Fascinating. There is tremendous progress in both modeling and observational approaches. The models are improving, now having the ability to produce very fine scale in terms of spatial resolution. They are able to capture more and more processes, and capture them better. The observations are getting much longer in the time period they cover. Before, observations were kind of like snapshots. Observing longer timescales, we’re seeing, is it really a process? Or is it like a blip?

Because there is a big range in the numbers for projected ice change that the models give, people may not have any confidence in them or believe that they can be possible. But what they forget is a big reason for the big range of numbers is because we don’t know how we, as humans, are going to change (or not) our behavior in response to climate change. So a reason for this spread in the ice sheet projections is because a lot of possible climate scenarios are considered. For me a key point is that we can still make a difference, if we act right now. Ice sheets respond slowly to climate change, so it is not like turning a faucet off, there will always be a drip/leak in the future due to past climate change. You can’t fully close the faucet, but you can try to reduce the leakage and damage. So what are the observations telling us about the long term and what we have already committed to?

How do the advances in sea-level science affect your work with the Sea Level Science Team?

A big one with the Sea Level Change Team is how to compare observations and models. Is there a right way and a wrong way? We have GRACE [Gravity Recovery and Climate Experiment and GRACE-FO satellites] which observe total mass change over the ice sheets, but it’s a very coarse picture. We want to use altimeters [surface-height instruments] to measure how ice changes, or measurements of how surface speed has changed. They have a different resolution than GRACE. And how best to combine these with a model. Are regional, spatial patterns more important than the single, annual numbers? How we answer those questions will mean better use of observations for modeled assessments.

And how does work by the sea-level team intersect with the needs of stakeholders such as coastal planners or city officials – those who are trying to prepare their communities for rising sea levels? Does the information you provide take a different form than traditional scientific papers?

The way we’re working with stakeholders is very interesting, because they tackle the problem in a different way than we do. What I really want is to deliver something they can find useful. But actually, it may not be what a particular group needs. That’s something you do not know until you actually talk to them. That’s why bridging the gap between scientists and stakeholders is very important. It then allows them to understand what we can and can’t deliver. It’s the same issue as comparing modeling and observations. Each stakeholder has a different need. One stakeholder might really want high-end projections of sea level [less likely but potentially more destructive]. That’s their worry. Another sector really does not want the same answer. It’s easy to assume one number fits all, but it’s really about providing the information they need.

What was it like to work with the IPCC on AR6?

You have to be impartial. You have to assess all the literature – given all those lines of evidence, published and peer-reviewed, this is the story. Your role is not pushing your favorite, pet subject, but really is assessing everything. It’s a very eye-opening experience, because you all need to agree. Everybody in the chapter needs to agree on every single word. That is consensus building.

It was an honor to be asked to be a participant in one of those. I still feel that way. I am still humbled by the thought of how much time it took. That’s something I’ll never forget – how much I had to ask from my family to let me work on this.

How do you explain to non-experts the threat of sea-level rise to coastal populations?

Sea-level rise has happened, and it will continue to rise. Our coasts are going to change. They are changing. So we need to find a way to adapt. The question is how fast everything will change. That will depend on the choices we make now. If we make our best effort to limit carbon emissions, for example, then we can slow down this change in sea level. To everyone, for everyone on the whole world: This is what sea level is. It’s a global problem for humans but also for everything else – animals, plants. If change happens slowly there’s more of a chance of being able to adapt, but not to a rapid change.

Sea-level projections of future effects often come in 100-year timescales. How do you convey their significance to people focused on the near-term?

A 100-year timescale seems so far away. But in my family, that was three generations. My grandmother at the same time as my kids: there was 100 years difference between them. The changes that happened over the last 100 years, when my grandmother was alive, are so small compared to the rate of [sea-level] change my kids have seen in the 10 years they’ve been alive. When you think about it in terms of human timescales, it’s crazy.

To better predict changes in Antarctica's Thwaites Glacier, sea-level scientists turn their focus to the bedrock beneath.

Sharpening Forecasts for a Glacier at Risk
The Surface Water and Ocean Topography mission will explore how the ocean absorbs atmospheric heat and carbon, moderating global temperatures and climate change.