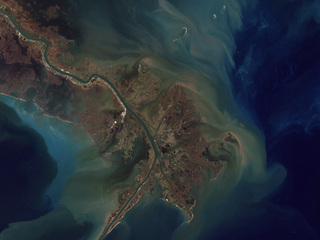 Going With the Flow: How Rivers Change Sea Level 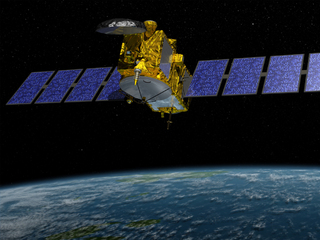 The question: Can accounting for short-term changes in glacier movement improve estimates of their potential contributions to sea level rise?

The answer: Many computer models of glaciers, such as those used in Intergovernmental Panel on Climate Change (IPCC) assessments, look at the year-to-year changes in air and ocean temperature in order to project future ice-sheet contributions to sea-level rise. While this has been effective in predicting how glacier changes will affect sea level, one group of researchers is now proposing a way to make them even more accurate.

In a study published earlier this year, Denis Felikson of the NASA Sea Level Change Team and his colleagues modeled a glacier, then used their model to see how seasonal glacier movements, or “wiggles” as Felikson calls them, affected their mass loss – how much of their bulk they lose when they retreat.

“We set up an idealized model of a glacier,” Felikson said. “It’s not exactly a model of any one particular real glacier that’s out there on Earth, but it’s representative of the typical shape and properties of glaciers that we see around the world, and we ran the model with and without the seasonal wiggles.”

The team tested different model configurations and found significant variety in their results, with some producing significant differences with and without the wiggles and others only minor changes. In one configuration, the modeling experiment reveals that including the seasonal wiggles caused the glacier to lose almost double the mass as when the wiggles were not included.

“In one case, we set up a glacier that retreated by 1 kilometer,” Felikson said. “And in a different simulation we had it retreat 1 kilometer and move around that final point with a seasonal timing. We found differences of up to almost 40%.”

The study shows that for some glaciers, including these seasonal movements could be crucial to getting a clearer reading of their contributions to sea-level rise.

Why it’s important: By taking these “wiggles,” or seasonal changes into account, new models not only can be more accurate in forecasting but also help verify such projections with past data. “Hindcasting” uses models to reproduce glacier behavior in the past. With seasonal data and comparisons to past glacier data, scientists can further improve their models.

In the months since publishing the initial paper, Felikson and his colleagues have been applying this method not only to hypothetical simulations, but to modeling actual glaciers as well.

“We’re moving away from the idealized glacier set up that we did in that study and modeling some real Greenland glaciers with the real topography and the real seasonal conditions that they encounter to see if that same drift or bias between the two exist,” he said.

Using these findings, he also seeks to make recommendations to the international ice-sheet modeling community for improving simulations.

“One question that I’d like to answer is, ‘Do we need to include seasonality in the large-scale ice sheet simulations?’” he said. "That makes them trickier to set up and to run, and it makes it more costly to do those kinds of experiments. So, if my work can show that it is critical to get the seasonality right to get the right projections, then that’s something that we’ll have to tackle as an international community.”