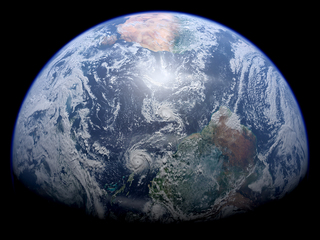 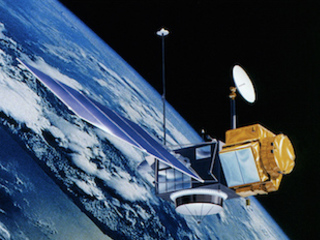 Once upon a time, coastal flooding was predominantly caused by storms, storm surges and rain. Think Hurricane Katrina and Superstorm Sandy, extreme events associated with severe storms. But continuing sea level rise is changing that view of flooding. As seas rise, flooding is increasingly occurring at fairly normal high tides in some areas.

“There are now cases, because of rising seas, where the tides alone, without any help from rain or storms, can cause minor flooding,” Ray said.

This nuisance flooding can affect large populations in low-lying coastal areas by making roads impassable, infiltrating structures, and requiring costly clean ups. Ray set out to analyze nuisance flooding as well as tabulate the expected future cases of nuisance flooding due to tides by analyzing tidal predictions together with forecasts of sea-level rise at particular locations through the year 2050.

In his analysis, Ray used the threshold of nuisance flooding established by the National Oceanic and Atmospheric Administration’s (NOAA) Weather Forecast Office, which is based on knowledge of flooding from local inhabitants. Each city establishes a threshold of criteria that determines what a nuisance flood is for their particular locality. This flood level is an empirical threshold, based on observations of actual local flooding. The locals know, he said, “that when the water level gets to a certain stage, Street A or Street B will flood.” A horizontal red line represents this threshold.

“Once those red lines are established, I can use that to see when a pure astronomical tide can exceed that flood level,” he said.

In Boston, for example, observations of sea level using tide gauges show that nuisance tidal flooding first began to occur there in 2011. Ray documented nuisance flooding with observed tide gauge measurements through 2015, but in order to project future nuisance tidal flooding he had to adopt a climate scenario for predicting changes in mean sea level. His predictions are based on astronomical tides, sitting atop the rising Mean Sea Level at Boston, and without any influence from storms. Ray compiled a list of all the predicted nuisance flooding events caused by sea level rise plus astronomical tides alone, through 2050. He chose two different sea level scenarios: a very conservative scenario and an “intermediate high” scenario.

Scenario 1 simply assumes future mean sea level will continue indefinitely at about the same rate it did in the 20th century in Boston: 2.79 millimeters (0.11 inches) per year. Scenario 2 is the “intermediate-high” scenario from the U.S. National Climate Assessment, which assumes sea level rise will accelerate. Scenario 1 is extremely conservative and must be considered as a lower bound, whereas a scenario with increasing future rates seems more realistic.

“Even with the most conservative scenario for future mean sea level rise, you can see plenty of flooding,” he said, because as global sea levels rise, the number and severity of coastal flooding events increases.

Both scenarios predict a large increase in the frequency and magnitude of tidal flooding events, with subsequent atmospheric conditions conceivably either mitigating or worsening the tidal flooding. For Scenario 2, nuisance-flooding events will become even more common, and the severity (i.e., water level) of floods will gradually increase until, by 2040, many of the nuisance floods in Boston will routinely exceed 20 centimeters (7.8 inches) above flood level.

“It seems incongruous to have a flood on a nice, sunny day. But these things are happening more and more often in some coastal cities.”

The astronomical interaction between the Sun, Moon and Earth’s orbits creates a fascinating geometry, a highly predictable mathematical celestial dance. For example, semidiurnal tides (two high tides and two low tides every 24 hour and 50 minutes) are at their maximum when both the Sun and the Moon are close to the equator, which occurs around the equinox. Also, certain years, and certain times within a year tend to be more prone to flooding due to the most extreme high tides. These extreme tides come in clusters and occur when a perigean tide, the time during the Moon’s 28-day orbit when it’s closest to Earth (perigee), coincides with spring tide, the time when Earth, the Moon and the Sun are all aligned.

In addition to analyzing nuisance floods in Boston, Ray also looked at San Francisco, where flooding has been occurring on the mud flats on the east side of San Francisco Bay for decades; and Norfolk, Virginia, where, compared to Boston, the tidal range is fairly small, but the coastline is extremely sensitive to onshore winds, so it doesn’t take much sea level rise for the water to climb up above nuisance level. Ray predicted increasing nuisance flooding in these cities as well.

Because tide-induced nuisance flooding depends only on the astronomical positions of the Moon and Sun, it is more amenable to accurate prediction than weather-induced flooding.

“It seems incongruous to have a flood on a nice, sunny day,” Ray said. “But these things are happening more and more often in some coastal cities.”