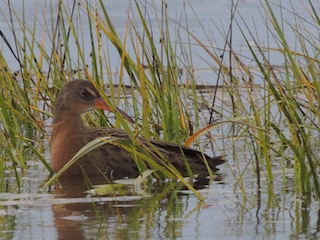 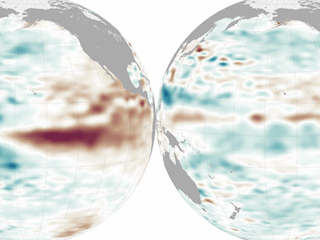 Shifting ocean currents can leave “fingerprints” on Earth’s gravitational field, a novel analysis shows, adding to the list of hidden processes that subtly influence sea levels around the world.

Flowing and gyrating masses of warm or cold water can cause gravity—and sea level—to bump and dip in unexpected ways. The effect is most pronounced for short-term, or “high frequency,” changes in ocean circulation, on the order of days or weeks.

“The bottom line is, when ocean currents shift mass around rapidly, it causes changes in gravity, which in turn affects sea level,” said Nadya Vinogradova of the Cambridge Climate Institute in Massachusetts. “While traditionally neglected, best practices need to take into account those sea level changes.”

Scientists have long known of the gravitational fingerprints left on Earth’s oceans by melting glaciers, with effects quite the opposite of most people’s expectations. Sea level in the vicinity of a melting glacier goes down, not up. And gravity is the reason: As the glacier loses mass, its gravitational pull on nearby water weakens, and the water migrates away.

The result is a kind of depression, or fingerprint, with the lowest sea level closest to the melting object.

But when such fingerprints are caused by rapidly moving masses of ocean water, they are much more difficult to detect. To tease apart such effects, Vinogradova, a member of NASA’s Sea Level Change Team, and her fellow researchers began with a standard computer representation of Earth’s oceans known as a general circulation model.

Such models faithfully recreate temperature, salinity, currents and other factors that govern sea level, which can vary from region to region.

The novel step in Vinogradova’s analysis, published in March of 2015, was to add “new physics” to the model, allowing it to account for bumps and dips in the gravitational field caused by shifting water masses. Scientists call these localized gravitational shifts “self attraction and loading.”

The idea itself isn’t new, Vinogradova said, but until now was considered far too heavy a burden in terms of computer time. So traditional methods of modeling such global changes left out the seawater flow’s effects on gravity.

“Computing gravitational effects caused by the ocean dynamics was considered prohibitively expensive, and thus excluded from most general circulation models,” she said.

The gravitational effects of ocean circulation also were considered too small to be important for modeling sea level.

On both counts, Vinogradova and her team found out otherwise.

Their technique involves the application of “spherical harmonics” to ocean circulation. As the name implies, this is a unified mathematical representation of a sphere, like Earth, that greatly simplifies calculations of changing conditions on the surface.

Changes in ocean mass are isolated and converted into mathematical functions, allowing the modelers to infer alterations in Earth’s crust, as well as gravitational shifts, that the mass changes cause.

“We were able to do it in a computationally efficient way, increasing our computing time by only six percent,” she said. “It’s no longer prohibitive, as we saw in the early 2000s, and the new physics is worth exploring.”

The researchers also determined that computing these gravitational effects using traditional methods was safe—but only to a point. Earlier research teams assumed that over time, such effects would settle into equilibrium, balancing out and canceling anything of measurable significance.

But that was only true for ocean changes occurring on the scale of months, or longer, Vinogradova found.

“We see gravity-driven, dynamic sea level signals occurring within a week, meaning that a week is too short for the ocean to adjust and come to an equilibrium,” she said.

That brings a modeling “penalty” for short-term ocean phenomena.

So whether modelers benefit from accounting for these short-lived gravitational wrinkles depends greatly on where, and when, they are studying ocean circulation.

“Shallow regions benefit from this new physics, such as the coastal oceans, including the Arctic,” she said. “But there were vast areas in the ocean that were quite insensitive to the dynamic implementation of the gravitational effects within a climate model.”

“With this short a time scale, (modelers) should probably worry about changes in sea level induced by gravitational effects generated by very fast ocean processes,” she said. “A short period tide would be a prime candidate.”

Vinogradova said the method also could prove useful for checking the accuracy of satellite measurements of sea level and gravity, such as those conducted by the GRACE (Gravity Recovery and Climate Experiment) and altimetry (TOPEX/Poseidon, Jason-1, 2 and 3) satellites.

Read the paper, "Dynamic Adjustment of the Ocean Circulation to Self-Attraction and Loading Effects" 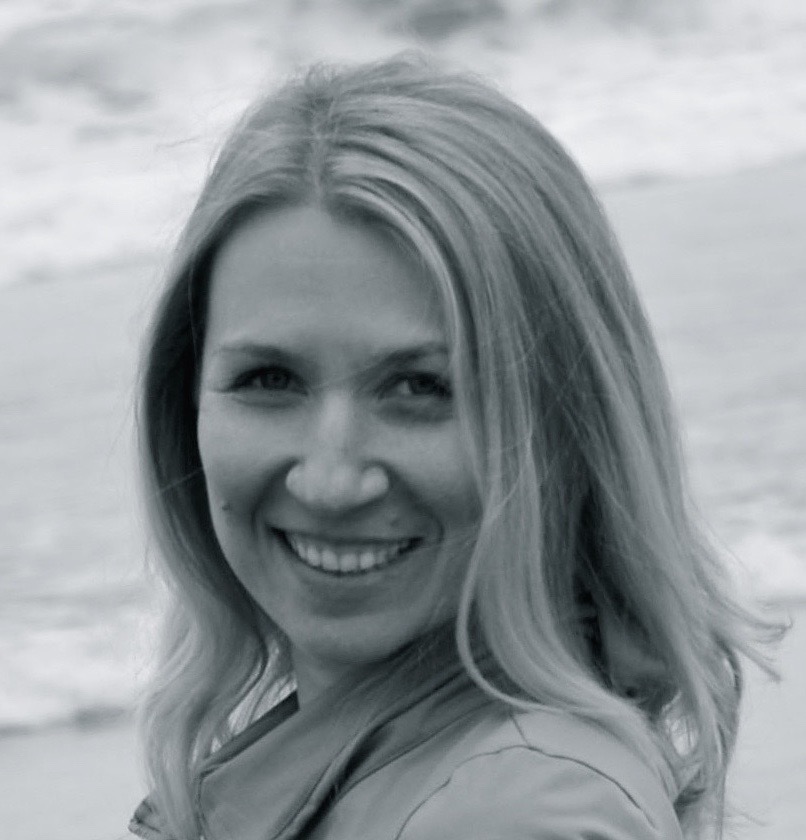 Dr. Nadya Vinogradova is a principal scientist and the founder of Cambridge Climate Institute in Massachusetts. She uses NASA satellite observations and climate models to understand and predict the changes in sea level and Earth’s water cycle. She gained recognition for her work on gravitational effects on sea level and ocean mass, as well as for promoting the use of salinity in estimating the exchange of freshwater within the ocean-land-atmosphere system. She has been a member of NASA Sea Level Change Team since 2014 and NASA Ocean Salinity Science Team since 2008.

Read the paper, "Dynamic Adjustment of the Ocean Circulation to Self-Attraction and Loading Effects"