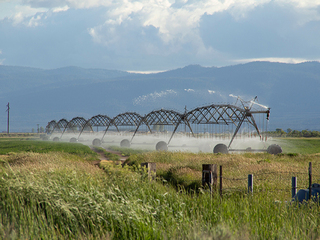 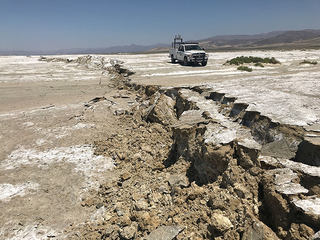 The question: What does new research say about the effects of climate change and melting glaciers on sea level rise?

The study models glaciers by fine tuning the model parameters of each, said lead author David Rounce, an assistant professor at Carnegie Mellon University and a member of the NASA Sea Level Change Team.

“The Randolph glacier inventory [a global glacier database] gives us an estimate of the area of all 216,000 glaciers in the world,” Rounce said.

While similar glacier studies have been done before, Rounce said the new work considers different ablation processes – when glaciers lose mass – including frontal ablation, when a large chunk of the glacier breaks off and falls into the ocean or when ice touching water melts into the sea. The new study also accounts for sub-debris melt, when rocks and boulders on glacier surfaces reduce the amount of melting.

“Previously, there has only been one study that looked at frontal ablation,” Rounce said. “We used a new dataset that was recently published in Nature Communications, and this new data greatly improves our ability to model this process at the sub-regional and glacial scale.”

Their models showed 10% to 45% more glacier loss than previous projections.

Why it’s important: Deglaciation, or the loss of glaciers, is happening across the globe, Rounce said.

“The glaciers in mid latitudes – places like Central Europe or the western United States – are going to experience complete deglaciation, and they’re incredibly sensitive to the temperature change between [2.7 and 5.4 degrees Fahrenheit, 1.5 and 3 degrees Celsius],” he said.

The team was able to draw a direct connection between the human-driven increase in temperature and the role of glaciers in sea level rise.

“With a degree and half increase, 2 degrees, 3 degrees, 4 degrees, we see that the sea level rise signal is quite linear,” Rounce said. “In a way, that’s really exciting because it shows that our actions as a society can have a really big impact on glacier changes.”

A rise in global average temperatures of [7.2 degrees Fahrenheit, 4 degrees Celsius] could cause the loss of more than 80% of glaciers worldwide, he said.

“Right now, projections estimate temperature increase will be around [4.86 degrees Fahrenheit, 2.7 degrees Celsius], so I think it’s important to show that we can have a big impact on society,” he said. “If we are able to reduce [temperature rise] to 1.5 [degrees], we only lose about half of our glaciers, which is a huge difference.”