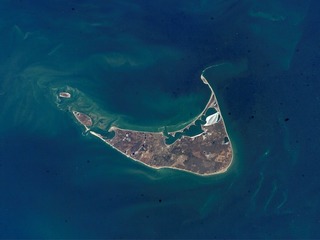 Cause and Effect: Rising Seas in the Northeast 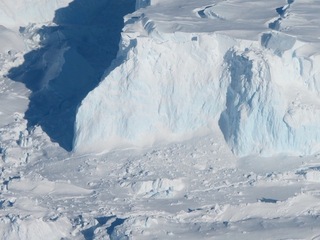 Sharpening Forecasts for a Glacier at Risk

The question: Can NASA sea-level science be made more useful for stakeholders – coastal planners, builders, water districts, ports and others – who use it to prepare for sea-level change in the decades ahead?

The answer: Since first formed in 2014, a group of researchers known as the NASA Sea Level Change Team has helped broaden the boundaries of understanding in a variety of domains: ice melt, heat-driven ocean expansion, ocean circulation patterns, and forecasting sea-level rise along coastlines. The team is now composed of about 70 researchers. More than 50 took part, in person or virtually, in a 3-day meeting in La Jolla in May.

Team members provided updates on their latest research and newest findings: how better understanding of bedrock topography could improve forecasts of glacial melting, how recent satellite observations could be used to tune sea-level modeling and projections, how ocean dynamics drives the physics of coastal storms and extremes, creation of a framework to estimate the probability of high-tide flooding on the U.S. coast, and other recent work.

Much of the meeting revolved around delivering forecasts of the effects of rising seas, such as more frequent flooding of coastal areas, in ways that would better meet the needs of local officials, planners and other stakeholders along the U.S. coast. Although traditional scientific papers provide a broad-scale outlook over centuries, for example, many coastal planners might need more immediate, tightly focused forecasts – out to 2050 or 2070, say, for a specific stretch of the Southern California coast. They also might need assistance from NASA in analyzing the data collected, and in conducting additional surveys to better understand extreme events, such as flooding that results from heavy rain combined with higher tides. “The direction we’re heading is more certainty over narrower ranges,” said Laura Engeman of the Scripps Institution of Oceanography, who works with local officials to translate scientific data into more usable forms. “Adaptation planning to 2100 just doesn’t make sense in most situations.”

Why it’s important: Over nearly a decade of research, the Sea Level Change Team has evolved to be more collaborative and more responsive to coastal managers grappling with rising seas, changes in precipitation patterns and, in many cases, increased short-term flooding. Now directed by Nadya Vinogradova Shiffer of NASA headquarters in Washington and led by Ben Hamlington, a sea-level researcher at NASA’s Jet Propulsion Laboratory in Southern California, the team has most recently produced a public-friendly, global Sea Level Projection Tool in concert with the United Nations’ Intergovernmental Panel on Climate Change. A second tool, called SEA (Sea-level Evaluation and Assessment), provides snapshots of the ocean’s rise or fall for locations across the planet, along with a summary of contributing factors. Both appear on NASA’s Sea Level Portal, a public-facing website that features articles on sea-level research, scientist interviews and access to NASA data. “We use basic science, training, and state-of-the-art tools to try to make practical knowledge out of it,” Vinogradova Shiffer told the group during its recent meeting. “Number, curve, projection, explanation, attribution – anything to bring it into easy, digestible, useful form.”