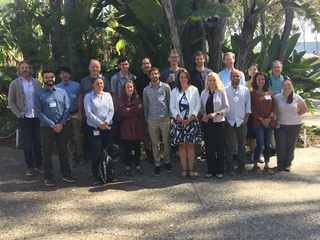 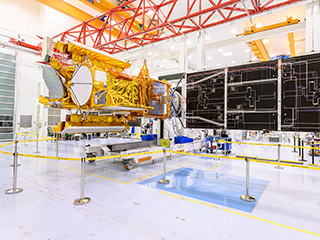 The question: Antarctica’s Thwaites Glacier has gained notoriety for its vulnerability – potential destabilization, and even collapse. The glacier’s base is potentially subject to future melting where it makes contact with bedrock as warmer ocean water infiltrates farther inland. But how quickly the glacier will melt, and become a major contributor to sea-level rise, depends on a variety of factors that are difficult to determine. One of those is the contours, bumps and ridges of the bedrock beneath the glacier. Can more precise measurements of bedrock improve forecasts of Thwaites Glacier’s future?

The answer: In a new study, sea-level scientists use sophisticated computer models to try to narrow down the possibilities – more specifically, to reduce the level of uncertainty for predictions (what scientists call projections) of Thwaites Glacier’s melting over decades and centuries. At the moment, forecasts of the retreat of the glacier’s “grounding line” – the place where glacial ice begins to lose contact with bedrock to float freely in the ocean – vary widely. Current measurements of the bedrock’s topography, mostly taken by ground and airborne radar, are sparse, resulting in large uncertainty between measurements. In most places, current bedrock maps are too imprecise for the model to yield acceptably accurate predictions. The scientists found that these measurements will need a horizontal resolution of about 1 ¼ miles (2 kilometers) – that is, measurement points on a kind of grid over a surface separated by no more than 2 kilometers. Vertical accuracy, or up and down measurements, will need to be even more precise at 6 ½ feet (8 meters).

Why it’s important: Having reliable targets for the precision of instruments, including those flown on satellites, will be critical to future missions that seek data on the melting of glaciers and ice sheets, and how that will affect sea-level rise on coastlines around the world in the decades to come. Scientists and engineers will use studies like these to design future missions. “We’re trying to use the model in a clever way to just inform missions,” said Nicole-Jeanne Schlegel of NASA’s Jet Propulsion Laboratory in Southern California, a member of NASA’s Sea Level Change Team and a co-author of the study. “What is worth our while, spending our money on, especially in NASA’s case? If you’re building a satellite, you want all this analysis – more robust information coming out of that.”