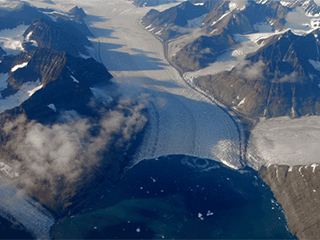 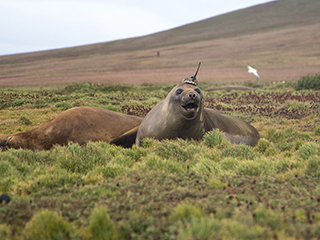 As sea levels rise, a more complete understanding of coastal systems may help people better adapt to tidal flooding, protect coastlines, and manage where they build homes and businesses, according to a new study from members of NASA’s Sea Level Science Team.

This includes considering the broader context, such as human responses to sea-level rise, says Robert E. Kopp, director of the Institute of Earth, Ocean and Atmospheric Sciences at Rutgers University and a member of the sea-level team.

The paper includes a survey of sea-level-rise projections and a status report on existing science. It also emphasizes the importance of providing stakeholders, such as shoreline managers and local governments, with the tools and understanding to grapple with long-term risks.

Making scientific results about sea level meaningful to stakeholders will require scientists to think about “the usability of the information they’re producing,” Kopp said.

Providing coastal managers with sea level predictions, however, can be problematic. Such projections beyond the next 30 years or so are characterized by “deep uncertainty,” when scientific agreement on key inputs is extremely limited.

Factors such as future greenhouse gas emissions, or the structural details of ice-cliff collapse, can be largely unpredictable. Because of this, when scientists project sea level and other effects influenced by climate, they produce a range of possibilities under varying scenarios.

This might require inclusion of possible, but unlikely, high-end outcomes. How high must we build our sea walls to protect against the most dangerous flood levels – even if those levels are less likely?

“What are the decisions you’re trying to affect?” Kopp asked. “Have you effectively translated the science, so it lends itself to the risk-based approach?”

Changes in Earth’s surface must also be taken into account. Sea-level rise won’t play out on a static stage, but will crash against land forms that will shift in response.

Dunes will migrate, river deltas will shift and changes in water levels can wipe out marsh vegetation, accelerating coastline retreat.

Another side of the equation – predicting human response to rising seas – presents its own set of thorny problems. Projections that rely on simplistic, straightforward scenarios are unlikely to capture the complex changes that can result from human decision-making, Kopp said.

For example, how will rising sea levels drive human migration? How will people alter the coastline in response?

One answer, the paper says, might be more detailed modeling of human behavior in response to changes in the coastal environment.

In any such effort, the paper suggests, the broader context should be kept in mind. Human responses can go well beyond just the physics of sea-level rise – and in fact extend well beyond the immediate coastal region.

“Part of the usability (of scientific information) is the character of the science itself,” Kopp said. “A key part of the process that creates it is engagement with stakeholders.”

“The team looks at complex sea level problems from various angles, breaking barriers between geophysical disciplines and beyond, as well as untangling the physics of sea level rise and making science more accessible,” she said.

Read the study: “Usable Science for Managing the Risks of Sea-Level Rise”