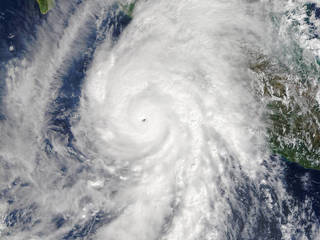 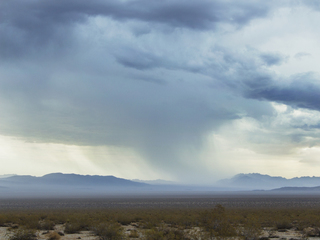 The newest era of sea level research is space-based, and is conducted in part by a specially created NASA science team, leading researchers said during a Feb. 12 news briefing in Washington, D.C.

Sea level scientists also have a newly created web portal they can call home, Steve Nerem, a University of Colorado professor who heads the NASA Sea Level Change Team (N-SLCT), told attendees at the annual meeting of the American Association for the Advancement of Science.

Nerem mentioned some sobering statistics: a sea level rise of about 70 millimeters—3.2 millimeters per year—since the satellite measurement era began in 1993, first with Topex-Poseidon and then the Jason 1 and 2 satellites. Jason 3 was launched just last month.

And he spoke of the GRACE satellites, which measure changes in Earth’s gravitational field, revealing the “why” of sea level rise.

Tracking changes in shifts of water mass around the planet have shown that about one millimeter per year of sea level rise can be attributed to the great ice sheets of Greenland and Antarctica. The rest, Nerem said, comes from mountain glaciers and the expansion of seawater as it heats.

Nerem spoke of sea-level research collaborations with other nations, including the French space agency, CNES, and the German space agency, DLR.

The goal of the NASA sea level team, created in 2014, is to use the best of the space observations to improve models of sea level change for 2050, 2075, 2100 and beyond, allowing planners to better prepare, Nerem said.

The new NASA web portal, which went live in November, includes “real data analysis tools that will allow scientists to better collaborate to study this problem,” he said.

Another panelist and N-SLCT member, Benjamin Hamlington of Old Dominion University in Norfolk, Virginia, focused on the spatial variability of the sea-level signal over the past 20 years—including depressed sea level rise along the West Coast of the United States, caused by a long-term shift in climate variability patterns, in this case the Pacific Decadal Oscillation.

A better understanding of such natural variability can help uncover underlying trends that point towards higher sea level in the future, he said.

“It’s the biggest navy base in the world,” Atkinson said. “Nuclear weapons facilities, fueling depots—all at sea level. The Department of Defense is really interested in what is going on, and doing continual studies on how to deal with this.”

Wrapping up the briefing, Nerem said the N-SLCT is working towards developing new tools to better predict the potential effects of future sea level change.