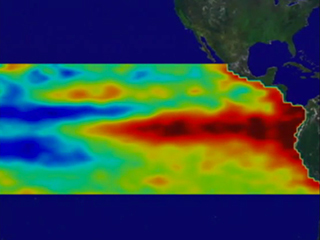 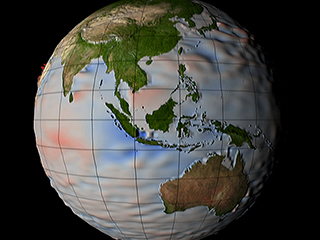 This visualization shows the Southeastern United States with population data over the land. Darker areas over land indicate higher population densities. Sea level scenarios are shown starting with 0 meters of sea level rise (current sea level) and proceeding through 9 meters of rise. Blue areas moving inland indicate where the coastline would be at various levels.

We will likely see some sea level rise in our lifetimes, but the middle-to-higher levels in this visualization are unlikely in the next 100 years.