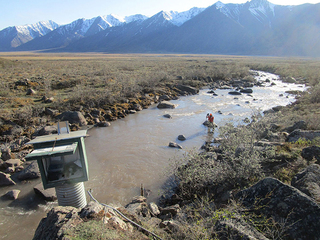 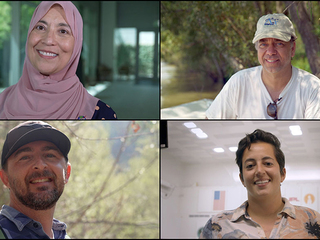 Meet the People Behind the SWOT Water-Tracking Satellite

NASA will provide coverage of the upcoming prelaunch and launch activities for the international Surface Water and Ocean Topography (SWOT) mission.

The mission is targeted for liftoff at 6:46 a.m. EST (3:46 a.m. PST) Thursday, Dec. 15, on a SpaceX Falcon 9 rocket from Space Launch Complex 4-East at Vandenberg Space Force Base in California.

SWOT will survey nearly all water on Earth’s surface for the first time, measuring the height of the world’s oceans, rivers, and lakes, helping scientists track how fresh and saltwater bodies change over time. The satellite will help scientists investigate how the oceans absorb atmospheric heat and carbon, moderating global temperatures and climate change.

Using SWOT’s state-of the-art technology, scientists will observe ocean features with 10 times the resolution of current technologies along with providing high-definition views of freshwater bodies. It can observe the entire length of nearly all rivers wider than 330 feet (100 meters), as well as collect data on more than a million lakes larger than 15 acres (62,500 square meters).

A global inventory of water resources will help scientists better understand where the water is, where it’s coming from, and where it’s going. The observations will benefit people on Earth by helping improve flood forecasts, improving the models used to monitor droughts and improving predictions for sea level rise. The observations also will benefit industries, like shipping, by providing measurements of water levels along rivers, as well as information about tides, currents, and storm surges in the ocean.

The mission is a collaborative effort by NASA and the French space agency Centre National d’Etudes Spatiales (CNES) with contributions from the Canadian Space Agency (CSA) and the UK Space Agency.

Full mission coverage is as follows:

Media may request the dial-in number and passcode by contacting the newsroom at NASA’s Kennedy Space Center in Florida no later than 10 a.m. PST at ksc-newsroom@mail.nasa.gov. Media and the public also may ask questions during the event using #AskNASA.

Media may request the dial-in number and passcode by contacting the Kennedy newsroom no later than 10 a.m. PST at ksc-newsroom@mail.nasa.gov. Media and the public also may ask questions during the event using #AskNASA.

Follow countdown coverage on the SWOT launch blog at:

Members of the public can register to attend the SWOT launch virtually. The virtual guest program for this mission includes curated launch resources, notifications about related opportunities or changes, and a stamp for the virtual guest passport following a successful launch.

Stay connected with the mission on social media, and let people know you're following it on Twitter, Facebook, and Instagram using the hashtags #TrackingWorldWater and #SWOTmission. Go behind the scenes and hear from scientists, engineers, and NASA leadership with exclusive SWOT videos on NASA’s JPL YouTube Channel. Also follow online at:

For more information about SWOT, visit: