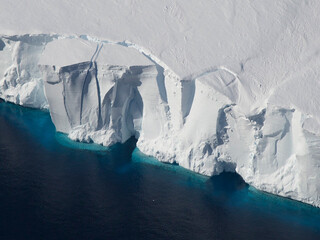 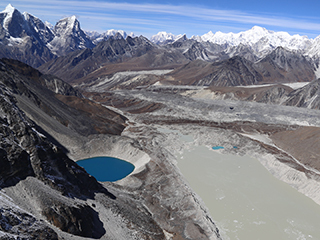 When a satellite by the name of Sentinel-6 Michael Freilich launches this November, its primary focus will be to monitor sea level rise with extreme precision. But an instrument aboard the spacecraft will also provide atmospheric data that will improve weather forecasts, track hurricanes, and bolster climate models.

"Our fundamental goal with Sentinel-6 is to measure the oceans, but the more value we can add, the better," said Josh Willis, the mission's project scientist at NASA's Jet Propulsion Laboratory in Southern California. "It's not every day that we get to launch a satellite, so collecting more useful data about our oceans and atmosphere is a bonus."

A U.S.-European collaboration, Sentinel-6 Michael Freilich is actually one of two satellites that compose the Copernicus Sentinel-6/Jason-CS (Continuity of Service) mission. The satellite's twin, Sentinel-6B, will launch in 2025 to take over for its predecessor. Together, the spacecraft will join TOPEX/Poseidon and the Jason series of satellites, which have been gathering precise sea level measurements for nearly three decades. Once in orbit, each Sentinel-6 satellite will collect sea level measurements down to the centimeter for 90% of the world's oceans.

Meanwhile, they'll also peer deep into Earth's atmosphere with what's called Global Navigation Satellite System – Radio Occultation (GNSS-RO) to collect highly accurate global temperature and humidity information. Developed by JPL, the spacecraft's GNSS-RO instrument tracks radio signals from navigation satellites to measure the physical properties of Earth's atmosphere. As a radio signal passes through the atmosphere, it slows, its frequency changes, and its path bends. Called refraction, this effect can be used by scientists to measure minute changes in atmospheric physical properties, such as density, temperature, and moisture content.

The precise global atmospheric measurements made by Sentinel-6 Michael Freilich will complement atmospheric observations by other GNSS-RO instruments already in space. Specifically, the National Oceanic and Atmospheric Administration's National Weather Service meteorologists will use insights from Sentinel 6's GNSS-RO to improve weather forecasts. Also, the GNSS-RO information will provide long-term data that can be used both to monitor how our atmosphere is changing and to refine models used for making projections of future climate. Data from this mission will help track the formation of hurricanes and support models to predict the direction storms may travel. The more data we gather about hurricane formation (and where a storm might make landfall), the better in terms of helping local efforts to mitigate damage and support evacuation plans.

Radio occultation was first used by NASA's Mariner 4 mission in 1965 when the spacecraft flew past Mars. As it passed behind the Red Planet from our perspective, scientists on Earth detected slight delays in its radio transmissions as they traveled through atmospheric gases. By measuring these radio signal delays, they were able to gain the first measurements of the Martian atmosphere and discover just how thin it was compared to Earth's.

By the 1980s, scientists had started to measure the slight delays in radio signals from Earth-orbiting navigation satellites to better understand our planet's atmosphere. Since then, many radio occultation instruments have been launched; Sentinel-6 Michael Freilich will join the six COSMIC-2 satellites as the most advanced GNSS-RO instruments among them.

"The Sentinel-6 instrument is essentially the same as COSMIC-2's. Compared to other radio occultation instruments, they have higher measurement precision and greater atmospheric penetration depth," said Chi Ao, the instrument scientist for GNSS-RO at JPL.

The GNSS-RO instrument's receivers track navigation satellite radio signals as they dip below, or rise from, the horizon. They can detect these signals through the vertical extent of the atmosphere – through thick clouds – from the very top and almost all the way to the ground. This is important, because weather phenomena emerge from all layers of the atmosphere, not just from near Earth's surface where we experience their effects.

"Tiny changes in the radio signal can be measured by the instrument, which relate to the density of the atmosphere," added Ao. "We can then precisely determine the temperature, pressure, and humidity through the layers of the atmosphere, which give us incredible insights to our planet's dynamic climate and weather."

But there's another reason why probing the entire vertical profile of the atmosphere from orbit is so important: accuracy. Meteorologists typically gather information from a variety of sources – from weather balloons to instruments aboard aircraft. But sometimes scientists need to compensate for biases in the data. For example, air temperature readings from a thermometer on an airplane can be skewed by heat radiating from parts of the aircraft.

GNSS-RO data is different. The instrument collects navigation satellite signals at the top of the atmosphere, in what is close to a vacuum. Although there are sources of error in every scientific measurement, at that altitude, there's no refraction of the signal, which means there's an almost bias-free baseline to which atmospheric measurements can be compared in order to minimize noise in data collection.

More about the mission

NASA's contributions to the Sentinel-6/Jason-CS mission are three science instruments for each of the two Sentinel-6 satellites: the Advanced Microwave Radiometer, the GNSS-RO, and the Laser Retroreflector Array. NASA is also contributing launch services, ground systems supporting operation of the NASA science instruments, the science data processors for two of these instruments, and support for the international Ocean Surface Topography Science Team.